It’s been pouring. Blessings, that is. Gifts.

In addition to my experience with my flamenco class this week — as if that weren’t enough — here’s another story . . .

A few weeks ago, the Morro Bay White Caps played for the Cayucos Elementary School’s Flag Day assembly. After it was over, we helped Fernie load his drum kit into his van and then he helped us carry our paraphernalia down to our car. As we were walking, he was talking about playing drums, about having some finesse. I made a comment that that’s the way I’d like to play, with some finesse. And within moments, he was giving me a drum lesson.

Then today, after White Caps rehearsal, I heard Fernie talking to my husband — didn’t understand what they were saying, but I did catch that it had something to do with me. Fernie turned to me and said, “Hey Sandy, come here.”

A little puzzled, I walked over to where his drums were set up. He motioned for me to sit down on the stool. Wow. Lesson two began.

So, I’m getting lessons from one of the drummers for the Beach Boys. Unbelievable.

A great deal of foot stomping and loud sounds occurred when I got into our car afterwards. :o) 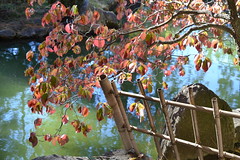 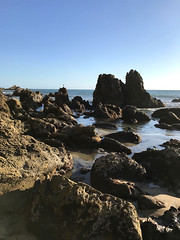 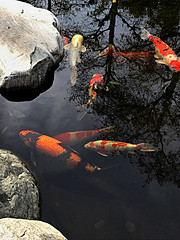